Factors to Be Considered in Awarding Spousal Support in Michigan 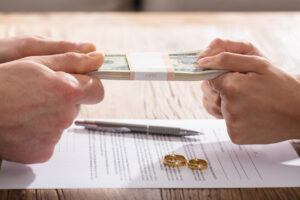 Under Michigan law, courts decide whether to award spousal support and how much to award based on a number of factors. The primary goal behind spousal support — also known as alimony — is to equalize the lifestyles of the parties, making sure that one spouse doesn’t experience a significant diminishment in their quality of life because of the divorce.

Through case law, including the decision in Parrish v. Parrish, the Michigan courts have established a list of factors for judges to consider in spousal support determinations. These factors include:

In addition to these factors, courts in Michigan look at the unique circumstances of each case and decide if it’s fair for one spouse to receive spousal support.

The court also has the authority to impute income to one or both spouses, which means the court can make a determination that a spouse would ordinarily have a higher income except for a voluntary decision on their part to forego or reduce their income.

If you are considering divorce and want to know more about spousal support, Dawson Family Law, PLLC can help.  Call 833-671-4445 or contact us online.