How Does a Finding of Domestic Violence Affect Child Custody? 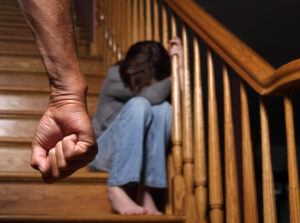 Domestic violence is a serious problem that can play a significant role in how courts award custody of children in divorce cases and post-decree child support cases. But it is not always simple to decide whether certain conduct rises to the level of domestic violence. In a recent decision, a Michigan appeals court stated that domestic violence must be explicitly considered as a factor in custody disputes and that protecting children overrides a parent’s right to adhere to religious practices that call for administering corporal punishment.

In Brown v. Brown, decided in April 2020, the parents had eight children,  with joint legal custody of the five who were minors. A few years after the divorce, the mother asked the court to modify custody, citing her concerns about the father’s use of corporal punishment and his alleged history of domestic violence. In response, the father stated he used corporal punishment in accordance with his religious traditions.

The father acknowledged that his response to a child’s “willful disobedience” was to discuss the disobedience with the child, pray with the child and then spank the child on the rear end five times with PVC pipe. The children provided testimony that the spankings left red marks and bruises and one of the adult children said they could often hear their siblings crying out as they were punished.

The trial court ruled that the father’s use of corporal punishment qualified as domestic violence and awarded the mother sole legal and physical custody of the children. Affirming, the court of appeals noted that the Child Custody Act doesn’t explicitly define “domestic violence.” Thus, the court referred to the definitions set forth in the Violence Prevention and Treatment Act and in Black’s Law Dictionary. Based on both of those definitions, the court concluded that corporal punishment used against children could rise to the level of domestic violence.

The court also addressed the mother’s claim that the father abused the family’s pets. According to evidence in the case, the father threw one dog against a wall, kneed another dog in the chest and shot at the family’s cat with an airsoft pistol. The court stated that while abusing a pet doesn’t meet the definition of domestic violence because a pet is not a family or household member, seeing a parent abuse a pet could certainly traumatize a child, which could qualify as domestic abuse if the act is done “for the purpose of distressing or coercing a person emotionally bonded to that pet.”

At Dawson Family Law, PLLC, we have more than 40 years of experience helping Michigan families through the divorce process and child custody disputes. You deserve a compassionate advocate on your side. Schedule your free consultation by calling 833-671-4445 or contact us online.