Search Site
Menu
Home / Blog / What Happens if a Spouse Dies or Becomes Incapacitated During a Divorce?

What Happens if a Spouse Dies or Becomes Incapacitated During a Divorce? 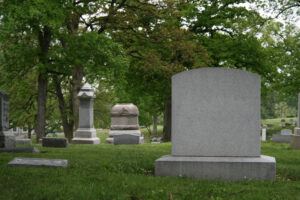 Divorce cases can take a long time from commencement to conclusion, depending on the complexity of the issues and whether the parties can reach a settlement agreement. Sometimes, a spouse might pass away or become incapacitated before the divorce is finalized. This means the marriage remains in force and the rights of the surviving spouse remain largely as they were before the death occurred.

A spouse maintains their inheritance rights up until and unless a divorce judgment or annulment has been issued. These include the right to receive a share of the estate under state law. However, in Michigan, a probate statute prohibits a surviving spouse from taking an inheritance if they did any of the following for one year before the other spouse’s death:

In addition, an individual who was in a bigamous relationship at the time of their spouse’s passing would not qualify as a surviving spouse.

The Michigan Court of Appeals recently addressed the issue of whether a woman who left her husband and then divorced him was entitled to an inheritance. The case, In re Von Grieff Estate, concerned a husband with a history of infidelity, over which the couple frequently argued. At one point, the husband threw the wife out of the house and she filed for divorce. During negotiations, the couple reached an agreement allowing the wife to reside in the marital home. The husband left the home. Shortly after the divorce judgment was signed — just over a year after it was commenced — the husband died. The couple’s adult daughter filed an action in probate court seeking to dispossess the wife of her right to inherit, arguing that she had been “willfully absent from the decedent spouse for a year or more.”

The probate court agreed with the daughter but the Michigan Court of Appeals reversed, holding that the statute at issue was not meant to penalize a spouse for legitimately pursuing a divorce. As such, it is “inapplicable to the period of time consumed by divorce proceedings,” the court held.

If a spouse becomes incapacitated at some point during the divorce proceedings, the court will likely appoint a guardian who would have authority to act on their behalf. Once appointed, the guardian would be able to negotiate the terms of the divorce settlement agreement or go to trial.

If you are facing divorce, you need knowledgeable counsel by your side who can ensure your rights are protected. Dawson Family Law, PLLC provides reliable representation in a range of complex divorce and family law matters in Michigan. Call 833-671-4445 or contact me online to schedule a consultation at my Sterling Heights office.