What You Need to Know About Michigan Restraining Orders 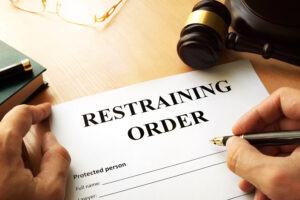 A restraining order can be a literal lifesaver for victims of domestic violence, stalking or sexual assault. It bans another person from entering onto a premises, purchasing/possessing a firearm or engaging in other specific conduct that could infringe on the victim’s safety or well-being. A Michigan judge can also consider a restraining order when making decisions on child custody and other issues during divorce proceedings.

Restraining orders in Michigan are known as personal protection orders (PPOs). The type of PPO that fits a given case will depend on the relationship between the victim (petitioner) and offender (respondent), as well as the behavior that put the victim in danger:

If you fear for your safety because of another person’s actions, you can petition for a PPO by filing a request in circuit court. A judge can grant a temporary (“ex parte”) order without hearing from the offender. The time period covered by the PPO can span six months or more, but the offender can challenge its terms and request a new hearing within 14 days of being served. If the offender asks for a hearing, the victim must attend and present evidence that the order is justified. It is wise to bring a lawyer familiar with Michigan’s restraining orders laws.

Families and individuals throughout Macomb County and the surrounding areas have relied on Dawson Family Law PLLC to resolve complicated issues involving restraining orders. I have more than 40 years of experience handling family law conflicts and litigation, and I understand the delicate nature of domestic violence cases. To schedule a free initial consultation with my office in Sterling Heights, Michigan, call 833-671-4445 or contact me online.